Social Sustainability: “Do you really treat workforce as an asset? 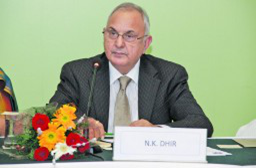 “Human resources are our strength, my team is my biggest asset, and workforce is our base…” Most of us have heard similar kinds of words from many in the industry, over the last few years…, but is it the truth? In some cases yes, but these are taken as exceptional cases and do not reflect ground realities of the situation in most of the apparel manufacturing companies. HR experts are vocal on the importance to consider human resources as assets and treat them accordingly, stressing the urgent need for major changes in the overall way the HR Departments in apparel companies function. The only satisfying development in the current scenario, according to experts, is that despite, and within the ‘Lala Culture’, things are changing and increasingly changing, and HR Managers are aware of what they have to do. 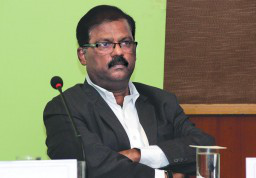 Major General (Retd.) NK Dhir, Director of Alphabet Teletec, Noida which provides training & consulting in diverse areas of human resource development, in his straight forward way says, “Stop telling this lie. Human resources/ workforce is not being treated like an asset… Our companies are just talking about it; they don’t take any action to make it true. Are they able to touch the employee’s heart…; there is only talk about EQ (Emotional Quotient).” The same sense of disappointed is reflected in the opinion of Aisshvarya S. Shah, CEO & Chief Trainer, Work Senses, Chennai who feels that ‘people’ are the most neglected resource in a company. “There is very urgent and critical need to professionalise HR in this industry. It is not only about recruiting the best HR person, but also important is whether our HR Department is moving to the next level of peoplemanagement.” She also raises a question as to how many people from the HR Department really feel that they deserve a seat in board meetings, because they have the power to shape the company. “This is what should be expected from an HR irrespective of all odds related to the department. It is also critical to analyse how many CEOs/Directors actually come from the HR Department; is it not possible in apparel export houses of India?” she rues.

“From day 1 we are trained to catch people doing something wrong, but we have to change and catch someone doing something right, appreciate him and reward him. It will have a multiplying impact. Owners and HR have to ensure that staff/workers have enough opportunity/space and comfort to speak. HR has a profound role to perform as all departments are equally important, so there should be dependence, independence and inter-dependence. Why don’t we encourage our line in-charge to think, and work towards the welfare of the people of his line?” Major General (Retd.) NK Dhir, Director, Alphabet Teletec 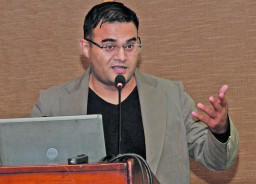 Madan Kukreja, MD, Super Fashion, Delhi giving an industry perspective to the hard questions raised by the consultants said, “Growth and importance of the HR depends on the size of the company, since majority of the garment companies are having only around 100 to 500 people to manage; the owner himself takes care of his people, so where is the need of an HR at such a top level.” Aisshvarya countered the argument suggesting that in such cases there may not be a formal CEO from the HR Department, but the important thing is to analyse and recognize whether an HR person is adding value to his organization. Arun Batish, Lecoanet Hemant Sagar, Gurgaon agreeing that the role of HR has to evolve said, “Initially an HR job was taken as only to recruit, but over a period of time companies have realized that HR can understand and associate with the very basic problem of the employees, so the focus has shifted from hiring a normal HR to having a high EQ HR. Generally, ‘non-performance’ of a fresh employee is regarded as the recruiters fault and there is a need for old-timers to change this attitude that one can judge somebody in two minutes, while ‘attitude’ has to do nothing with the employee’s performance. Similarly, HR persons need to ask themselves if they are justifying completely the concept of exit interviews, especially in the apparel industry, which has high turnover ratio.” He added that in the coming years more and more CEOs will be from HR Department. 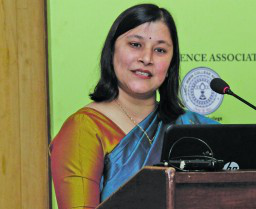 The challenges faced by the HR professionals is also increasing, as today’s employee, the younger generation that is becoming a part of the workforce today, is strong headed and questions why a certain person is my manager  when I joined your organization, probably as a better equipped and educated person, working for better results. Does the HR have answers to such questions asks Robin Varghese, HR Head, Pee Empro Exports. “Are we able to identify and fully utilize an individual’s talent, which is actually the core job of an HR? Is the HR capable enough to change the perspective of people, which is again an HR’s job? HR has to feel the pulse of the people working in the organization, but are they able to do these things with the people working on shopfloor. Do other things in the company/ factory get similar importance as compared to dispatch on shipment date. As an HR, we have to balance all this,” argues Robin.